Muminabad region is at an altitude of 1180 meters, but the mountain ranges of this region stretch to 4200 meters above sea level. The village of Muminabad borders on the Khovaling district from the north, the Shamsiddini Shohin district from the east and the city of Kulyab from the west and all these districts as a whole belong to the Khatlon region of the republic. One of the most famous places is «Mount Childukhtaron».

In the southern part of Tajikistan there is an ancient place, which at one time received an unusual poetic name – «Childdukhtaron». In translation, this word means «Valley of Forty Girls». There is one legend that explains the meaning of these words.

According to ancient history, 40 stone blocks, which are arranged one after another, are 40 pretty girls who lived a carefree life. But when cruel invaders came with the intention to make concubines of beauties, the girls began to pray to God for salvation.

The only salvation they saw turning into silent stone blocks. Since that moment, the valley is considered an interesting landmark of Tajikistan. Locals, from time to time, decorate these boulders with flowers and ribbons. Tourists love listening to this interesting legend while visiting the Childduhtaron valley.

According to the tradition in the ancient times, the widow of the foreigners stranded into Khatlon, the men and women, slaves and boys, and sold them to remote cities. Especially, she had a great captive girlfriend. The armed gang has attacked the land of Muminabad, killing all living creatures that left those hungry wolves. Peoples in the land of Duobs were split into the earth, the glorious people of Dashtijum rose up against the enemies of the vilayat, protecting women and girls and rebels. Their operations and their lives have repeatedly hit the enemy. But in the end, the strange foreigners gathered all their forces from the Yakhsu, Wakhyo, the Turkic kingdoms, and brought on the strength of Duob. This time, they have all grown up with their husbands, including even the most beautiful girls in the country. It’s been a few days now. Consequently, the enemy opted with his great power, the unpredictable, poorly populated, refugees into the valley. One of the enemy is deception, and they seek refuge in «Pary» Mountines, Dashtijum. The poor, especially the riders, the wounded and the sick, were not saved from the blood of the white sword. The same group of girls, who had violated the main force of the enemy, did not endure a great deal of pressure from the enemy’s oppressed and helpless enemies. But the enemy’s purpose was to capture the girls. In fact they were close to their goal. As girls see that they can^t save their dignity, they will not be able to escape from them. Each prayer responds to the great God. By the end of the universe, all creatures of the universe will be transformed into a rock, as a symbol of peace and freedom, self-evident.

Without any description, «Childukhtaron» is one of the favorite sites of the tourists and visitors. 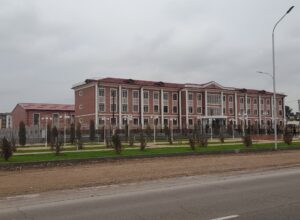